Explore the Echoes of the Invisible – SXSW Filmmaker In Focus 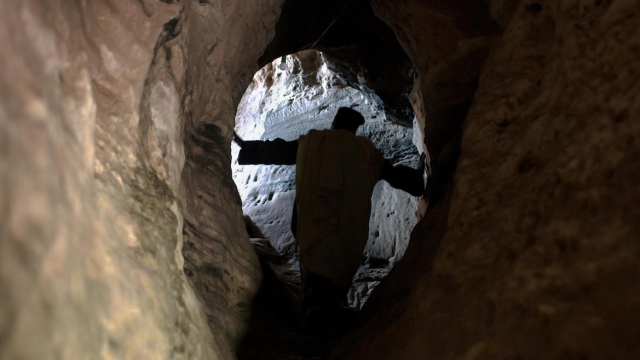 The 2020 SXSW Film Festival is almost here! Before you make your way down to Austin, TX, take a look at the films in our lineup a little bit better with our Filmmaker In Focus series.

Check out our Q&A with director Steve Elkins as he tells us about his film Echoes of the Invisible, which will World Premiere in Visions.

“The fact that SXSW is a melting pot of music, technology, film, culture, and innovation makes it an ideal place to premiere Echoes of the Invisible, which likewise celebrates the collision of all those things.” – Director Steve Elkins

Steve Elkins: It is an unexpected, but natural outgrowth of my previous work; both as a musician and documentarian of music. Though the initial inspiration for Echoes of the Invisible had nothing to do with music on the surface, it led me down a path of reflection on the meaning and value of silence at this point in human history. Which in retrospect, is an appropriate way to follow up reflecting on the meaning and value of music, the focus of my previous feature.

Echoes was also an opportunity to visit some of the last remaining environments of silence left on Earth. I’m not sure if they’ll be around much longer. The film has also been a testing of my physical and creative limits, as I persistently hauled film gear into some pretty extreme environments: two of the hottest places on Earth, high-altitude locations that required face masks to breathe, restricted military zones, and sites that required climbing up nearly vertical sheer cliffs with the equipment. After eight years of routine opportunities to question my sanity, I’m excited to finally share the results.

SE: While working on my previous feature, The Reach Of Resonance, I spent a lot of time exploring deserts, especially in the southwest U.S. and Australia. I noticed that in places like these, where signs of human life are often sparse; the most common imprints left upon the landscape tended to be certain types: bizarre science experiments, monasteries, art (ancient and modern) and astronomical events (like massive meteor craters); a diverse pattern for sure, but one that nevertheless points to a common root of human yearning where these things converge.

I was especially struck by the contrast between technicians I saw laying railroad tracks in the desert – one at a time – to move massive telescopes into positions where they could look deeper into space, and monks I had seen bowing across the desert to look deeper into the human mind; flattening themselves face first on the ground in between every step. Both were undertaking extreme journeys to better understand who we are, and the larger context in which we live. No matter how great the diversity of paths we take to explore these questions, I believe they spring from a common impulse, maybe even a sense of longing, we all carry inside us. It was the challenge of exploring that longing at the source of our forking paths that set me on the journey of this film.

SE: I hope the audience will experience a gradual shift in perspective, in which the extraordinary people in this film eventually become perceived not so much as exceptional individuals, but as mirror reflections of each viewer and what they already carry within them.

SE: The first trail of crumbs was laid while exploring the Very Large Array telescope in New Mexico. A friend was telling me that the largest machine ever made had just begun operating, the 17 mile-long microscope beneath Switzerland and France known as CERN’s Large Hadron Collider, which was built to recreate the conditions that occurred in the Universe immediately after the Big Bang.

That same day, I learned that the largest astronomy project in human history had begun construction in the remote high-altitude Atacama Desert of Chile. The contrast between these massive undertakings got me thinking about the staggering challenges that must be overcome by people who devote their lives to studying either the largest or smallest imaginable things; the “invisible” aspects of existence that deepen our understanding of who we are, and require us to push both the human body and technology to their utmost limits.

I soon began production at both locations to lay the foundation for a new film. These thematic threads led me to many more unexpected places: an abandoned mine half-a-mile underground in Minnesota, beneath the frozen surface of the world’s deepest lake in Siberia, to the peaks of the Himalayas and caves in Ethiopia, where scientists find their counterpart in monks, athletes and cultural traditions using the human body itself as the technology to expand our vision, and in this case further inward.

The scope of the film expanded when I met Rachel Sussman at LACMA in 2014, where she was giving a presentation on her global journey to photograph the world’s oldest continuously living things, 2,000 years and older. Years later, her story would become a crucial piece of the puzzle. As would Paul Salopek, whose global journey I described earlier. I first became aware of him from a sketch that caught my eye in a friend’s independent zine: a portrait of a man with a globe for a face. Both Paul and Rachel enabled me to enrich the film’s themes by exploring them from new perspectives.

SE: The timing was remarkable, as my fiancée and I were on our way to spend New Year’s Eve with one of the subjects of my film, the painter Linda Lynch, at a remote shack mere footsteps away from a hidden back entrance to Guadalupe Mountains National Park; an ancient coral reef which used to be her childhood backyard!

This is the same shack where another subject of my film, Pulitzer Prize-winning journalist Paul Salopek came up with the idea of walking across the globe from Ethiopia to the southern tip of South America, following one of the DNA trails of our Stone Age ancestors as they first migrated across the planet.

Two close friends who accompanied me during production in several countries were coincidentally meeting me there, which also happened to be the general region where the first seeds of inspiration for the film were planted about 12 years ago. So to say it felt like a “full circle” moment would be an understatement.

SE: The fact that SXSW is a melting pot of music, technology, film, culture and innovation makes it an ideal place to premiere Echoes of the Invisible, which likewise celebrates the collision of all those things.

SE: This is my first time attending the film component of SXSW, but I’ve performed at the SXSW Music Festival several times between 2000 and 2008 drumming for The Autumns. I have great memories of a night when we performed a cover of “Garlands” by Cocteau Twins, and to our surprise, Robin Guthrie and Simon Raymonde of Cocteau Twins spontaneously jumped on stage to jam with us! SXSW is always a blast.

Add Echoes of the Invisible to your SXSW Schedule. Stay tuned as we share more interviews with our SXSW 2020 filmmakers!

Echoes of the Invisible – Photo by Jan Cieslikiewicz

The post Explore the Echoes of the Invisible – SXSW Filmmaker In Focus appeared first on SXSW. 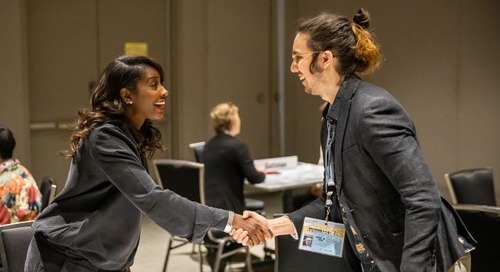 Attention all who seek career advice, inspiration, and learning opportunities at SXSW 2020 – RSVPs are now ... 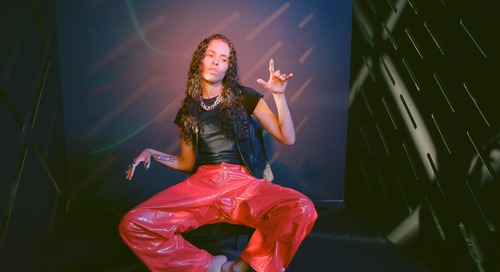