Home » SXSW News Feed » Bernard J. Tyson on Re-Connecting the Mind to the Body at SXSW 2018 [Video]
× Share this Article

At the 2018 SXSW Featured Session, Re-Connecting the Mind to the Body, Chairman and CEO of Kaiser Permanente, Bernard J. Tyson, speaks on the connection between physical and mental health, and how we can advance mental health initiatives in the future.

At the beginning of the Featured Session, Tyson polls the audience with a few questions about mental health which indicate the majority are affected by related issues. These answers serve as the framework for the conversation exploring mental health in our society.

Delving into the deep research being done on suicides, Tyson states that one of the most striking findings has been that “over 50% of the individuals who commit suicide actually show no signs whatsoever to loved ones, to family members, in the health system, before they commit suicide.”

Critical of the models that we have used to treat these issues in the past, Tyson suggests that they are inadequate to advance healthcare further, and suggests that improvement will only occur once we reform our health systems in the United States, and internationally.

“For whatever reason, we decided to detach the head from the body…So when something went wrong with the brain, we built a whole separate healthcare system over there – separate records, separate resources, separate ways of thinking about it. We’re gonna start a revolution around mental health and mental wellness, we’re gonna transform our organization, and we’re gonna reconnect the head with the body.”

Watch the video above for the full 2018 SXSW Featured Session Re-Connecting the Mind to the Body, where Chairman and CEO of Kaiser Permanente Bernard J. Tyson discusses a revolution in the treatment of mental health in our society.

Learn from a diverse group of thought leaders at SXSW – browse more 2018 Keynotes, Featured Sessions, Red Carpets, and Q&A’s on our YouTube Channel. Follow us on Facebook, Twitter, Instagram, and SXSW News for the latest SXSW coverage, recaps, announcements, and stay tuned for information on SXSW 2018.

The post Bernard J. Tyson on Re-Connecting the Mind to the Body at SXSW 2018 [Video] appeared first on SXSW. 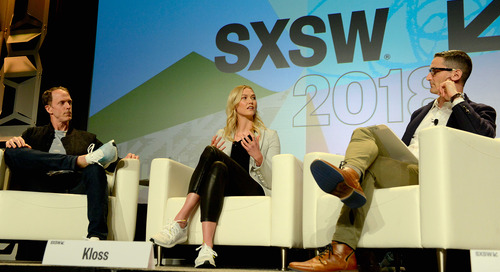 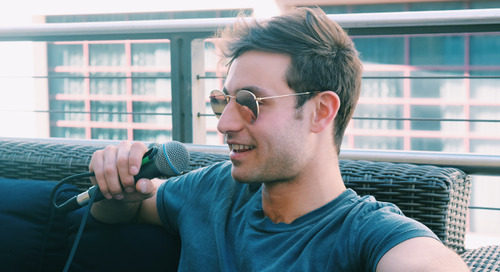 SXSWfm had the opportunity to interview Adrian Galvin, previously known as a member of Walk The Moon, as he...