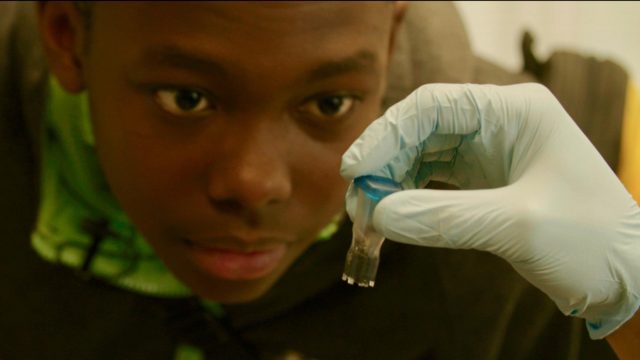 The 2019 SXSW Film Festival is almost upon us and we can’t wait to have you here! Before you make your way down to Austin, TX, get to know films from our lineup a little bit better with our Filmmaker In Focus series. Dive into our Q&A with director Adam Bolt, as he tells us about his film Human Nature, which will World Premiere in Documentary Spotlight.

Adam Bolt: When I would tell someone I was directing a film about genetic engineering, the most common response was some variation of “Wow, that must be scary, huh?” I think in part that’s because many of us have a certain visceral reaction to the idea of tinkering with life — and especially with human life — that’s very different from how we react to other kinds of technology. But I think the reaction also has to do with certain assumptions or cliches about what a documentary is supposed to do when it takes on a “big issue” like genetic engineering: that it is supposed to scare us or make us angry. And then tell us who to direct that anger at.

But the true story about CRISPR is nuanced and complex. There is plenty to be afraid of, but there is just as much to be hopeful about. There are millions of people whose lives could be saved by this technology. And it could also potentially help with some very serious problems that our planet is facing. In our film, we certainly don’t shy away from the aspects of CRISPR that make people say “wow, scary,” but we also wanted to capture the part of it that is just plain “wow.” We now have the ability to manipulate DNA, something that is 40,000 times smaller than a human hair. And we can do it in this incredibly precise and relatively easy way. The story of how humans figured this out is incredible. And if humans are capable of that, maybe we’re also capable of figuring out how to navigate all the difficult existential questions that genetic engineering raises. But that’s only a maybe, and I hope this film inspires audiences to embrace the ethical and philosophical inquiry that comes from this new horizon of knowledge.

AB: Scientists tend to be a cautious bunch. They’re suspicious of hype and not known for making outlandish claims. So it was really striking when I kept hearing leading researchers say these extraordinary things about CRISPR. They spoke about it as a technology that could change the future in huge and unknowable ways, on par with the internal combustion engine, the transistor, or the Internet. What’s more, CRISPR seemed to explode out of nowhere, so suddenly things that everyone thought would be decades away are literally happening now. Right there you have the makings of a great story.

I was also struck by how much debate was going on within the scientific community about how to deal with CRISPR. For example, many scientists are genuinely unsettled by the idea that we could design our own children and think that altering future generations is a line we should never cross. But others don’t see as much of a difference between CRISPR and other technologies (space travel, modern medicine, and even agriculture) that have in some sense “changed what it means to be human.” This is realm where there are no easy answers, even to those who understand the science best.

AB: Our film really asks people to think about what it means to be human — and what we want it to mean, now that we have the power to change ourselves in this fundamental way. I hope people walk out of the theater and immediately start discussing and debating that with each other. We definitely don’t give a definitive answer in the film (nor would I pretend to have one). Instead, we wanted to take people on a journey through the brave new world of CRISPR and hopefully leave them feeling a little uncertain about how they feel. In a world where technology is changing so quickly, I think some collective uncertainty is a good thing. CRISPR and gene editing have tremendous potential for good. But I think we have to be continuously grappling with how technology is affecting society. And that’s what I love about film—it brings people together in a dark room to have a shared experience, and then when the lights come up we can start talking about it with each other.

AB: I was sitting on the couch in our office when our associate producer Harry told me to check my email. He has this amazing poker face, so you never know if it’s going to be good news (“lunch is here”!) or bad news (“the hard drive is dead and we don’t have a backup”!). When I saw it was the invitation to SXSW, I almost couldn’t believe it. It also came at particularly grueling part of the edit, and it really gave us the boost we needed to finish the film.

AB: In 2017, one of the discoverers of CRISPR, Jennifer Doudna, gave a keynote speech at SXSW. We were there filming it and the auditorium was packed. Ever since then I’ve been hoping we could come back when the film was done, because I knew this was a perfect story for the SXSW audience.

Add Human Nature to your SXSW Schedule. Stay tuned in the coming weeks as we share more interviews with our SXSW 2019 filmmakers! 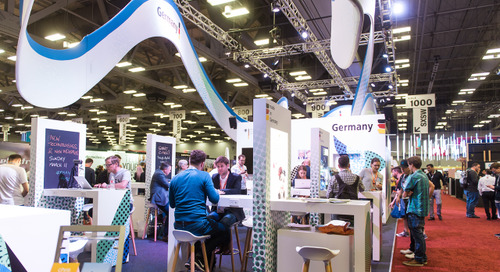 The Trade Show is just a month away, and we’re preparing to host more international exhibitors than ever be... 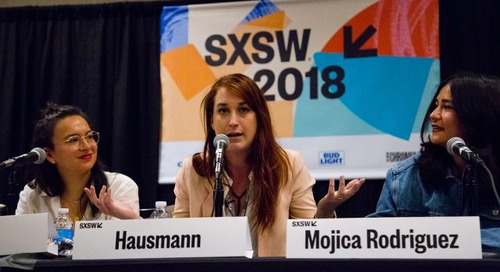 Looking at Language in Advertising & Marketing

The secret to successful advertising and marketing campaigns is placing empathy squarely in the middle of d...