SXSW Comedy is excited to release this year’s official festival poster by artist Timothy Pittides, known for his popular Vices series. On his inspiration for this meticulously hand-stippled design, Pittides had this to say:

“When a client has a vision, my job is to make that vision a reality. When I was asked to create the poster for this year’s SXSW Comedy Festival, they had a specific idea in mind that I couldn’t have been more excited about. They wanted a poster with the vibe and tone of vintage magic posters from the early 1920s and 30s; subject matter that is right in my wheelhouse.”

“I wanted to do something unique with the material rather than just produce a carbon copy or create something many other artists have done in the past. I wanted something dark, mysterious and at the same time, light and whimsical. It was a difficult task, but satisfying and fun. I believe I was able to hit the mark and hopefully you all will enjoy it as much as I did creating it!” 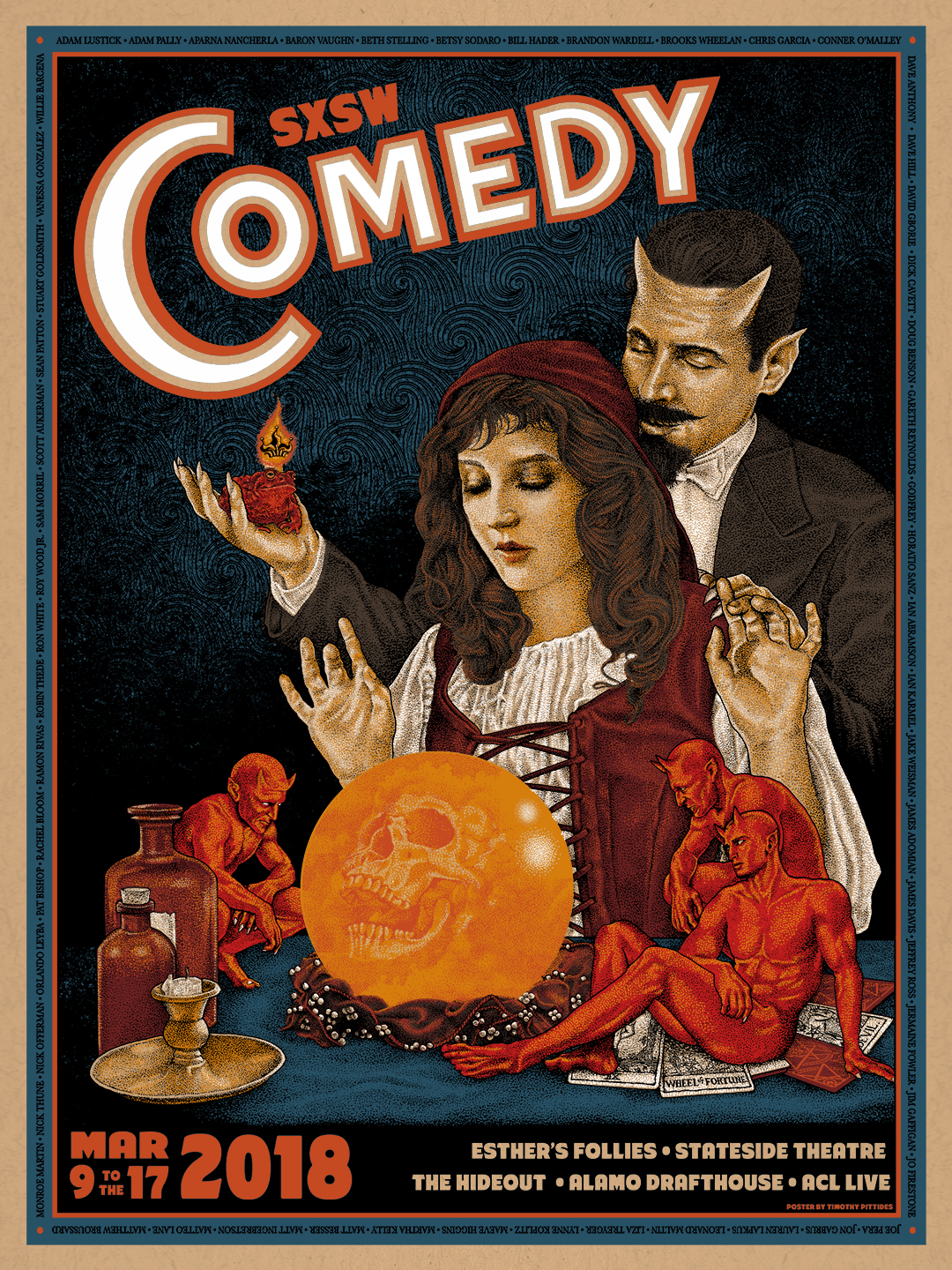 100 hand-numbered prints of the 18”x24” poster will be available at the Austin Convention Center starting March 9. Each of the following performers from the 2018 SXSW Comedy lineup are featured on the poster and will receive an exclusive variant print with metallic inks.

Timothy Pittides is a freelance illustrator based in Universal City, TX. He has created artwork for major film and book properties as well as world famous musicians and performance artists. 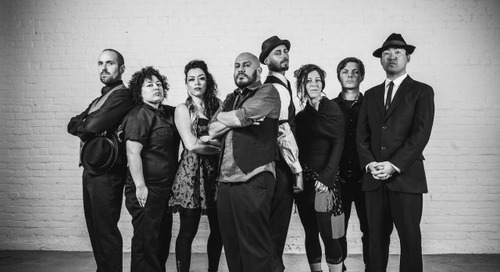 Musicians from all over the world will bring their music to Austin’s clubs, dives, concert halls, and parks... 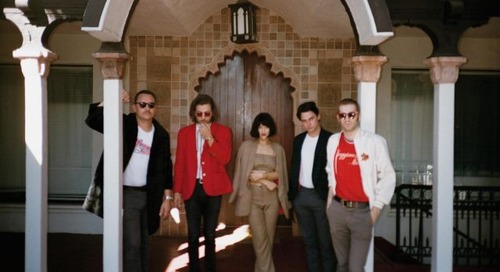 Even though we can’t be together this year, bring a piece of SXSW and Austin, TX home to wherever you […] The post SXSW Merch Holiday Sale Featuring New Collections from Nov 25-30 appeared first...

Take your startup to the next level at the 2021 SXSW Pitch competition! Since its inception, SXSW Pitch has showcased […] The post Apply to Showcase Your Startup at SXSW Pitch 2021 – Final...

Turn Up Your Turnout With SXSW Amplify

SXSW Online will be the first time we host music showcases, film screenings, sessions, and more programming completely in the […] The post Turn Up Your Turnout With SXSW Amplify appeared first on...

Calling all creatives, industry leaders, storytellers, visionaries, and anyone ready to reimagine the future from scratch. Registration is now open […] The post The Future From Scratch: Register...

In case you haven’t heard, Austin’s legendary annual SXSW is going digital and bringing the best of our music, film, […] The post SXSW & Your Brand, Let’s Make It Official appeared first on SXSW.

We are heading into fall with some new releases to cozy up with. SXSW Film Festival alumni films on release […] The post SXSW Film Alumni Releases – October and November 2020 appeared first on SXSW.

To The Twitterverse and Beyond with SXSW Online

For over a decade, SXSW has built a strong social presence with a growing audience every year. While 2020 may […] The post To The Twitterverse and Beyond with SXSW Online appeared first on SXSW.

It’s Election Day! Time to cue up “The Final Countdown” and go vote to make sure your voice is heard. […] The post Vote Y’all: 2020 Election Voter Checklist appeared first on SXSW.

How to Request an Extension for the 2021 SXSW Film Festival

Be a part of the Film Festival for SXSW Online 2021 to position your work in front of press, industry […] The post How to Request an Extension for the 2021 SXSW Film Festival appeared first on SXSW.