An epidemiologist investigates a new virus during the rise of a global pandemic. When Pulitzer Prize-winning author Lawrence Wright began writing his latest novel in 2017, he could not have imagined how prescient and relevant The End of October would become in these stranger-than-fiction times.

Join Lawrence Wright and New York Magazine‘s Lila Shapiro for a SXSW Sessions virtual discussion about the rigorous research that went into The End of October, Wright’s creative process, and the heroes that are on the front lines of these pandemics.

“These [epidemiologists] are brilliant people but also they are humanitarians, and they’re incredibly courageous. So I thought it’s no problem to make a hero out of such a person.” – Wright on creating the character Henry Parsons

Wright delves into the inspiration behind his character Henry Parsons and how selecting an epidemiologist/microbiologist to be the hero was an obvious choice for him. Through his extensive research, Wright marvels at the willpower and valor of those who dedicate their career – and their life – to confronting deadly diseases, often times alone. “These are brilliant people but also they are humanitarians, and they’re incredibly courageous,” said Wright. “So I thought it’s no problem to make a hero out of such a person….They do work in obscurity and it’s only occasionally – like in a pandemic situation that we’re in right now – that you see how valuable they are to our society.”

During the research phase of The End of October, Wright not only was able to interview numerous infectious disease experts about their lives and their science but shares how they also helped coach him out of plot corners noting that “disease detectives are puzzle solvers.” Wright and Shapiro further discuss the how these sources are now some of the foremost experts in the country trying to find solutions to the current COVID crisis.

“Everyone knew this pandemic was on the horizon, they just didn’t know when it would occur.”

Watch the entire discussion and virtual audience Q&A with Lawrence Wright and Lila Shapiro. Stay tuned for more SXSW Sessions On Demand coming up next week.

If you’re interested in purchasing a copy of The End of October, order here from our friends at BookPeople or check availability at your nearest independent bookstore.

SXSW Sessions Online is a weekly series featuring 2020 speakers virtually sharing their stories along with a special Q&A portion. Catch previously-recorded programming on SXSW Sessions On Demand via our YouTube channel.

The post Lawrence Wright and Lila Shapiro on “The End of October” – SXSW Sessions On Demand Video appeared first on SXSW. 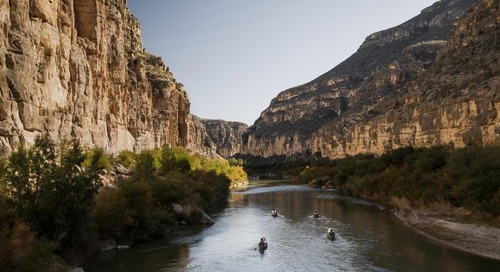 Discover some of the SXSW Film Festival alumni films on release this May and June such as The Lovebirds, Sn... Live pitch competitions featuring the future of technology are one of the most exciting elements of what ha...