During the week of SXSW, SXSWfm was given the opportunity to interview the California rock band, Vista Kicks. Sitting outside of Waller Ballroom, Nolan, Trevor, Derek, and Sam talked about the unique name of their recent album, Booty Shakers Ball, musical influences from the past, and their favorite aspects of touring. Read an excerpt of the interview below, and listen to it in full on our Mixcloud..

How many times in total have you played at SXSW?

Derek: To answer your question, we have played zero times.

Sam: No, we’ve played one now since this will be post SX.

Why was it important to come to SX?

Sam: This is like the coolest thing in America right now, that’s why. It’s amazing.

Trevor: Because, you get to see really cool bands – great new bands – that are full of energy and ready to play music for the people.

Derek: And you meet so many people. And you get reunited with so many people. We are from LA and SO many people that we’ve run into during the course of our existence in LA all show up here in this magical week. It’s great.

Sam: We grew up together – we went to grade school together. Nolan and Derek’s family are friends. Derek and I played T-ball. Trevor, Nolan, and I all met in band. We grew up in a once small town, now actually getting pretty big – Roseville, California. We are just really lucky that we all got into music around the same time, and all stayed friends.

You translate [the 60’s, 70’s vibe] well into your music – that classic rock & roll that was so prevalent back then. How did you guys decide on that because I read you guys used to make jazz music?

Derek: Well, we decided we needed to update a little bit because we started in the 50’s just doing Sinatra covers, and Sam Cooke and Otis Redding, and all that stuff in high school. And we were like, that’s so old – let’s scoot it up a little bit!

Trevor: That’s another thing too, we aren’t trying to be the 60’s or 70’s, or trying to just make that music that was made then. We are just inspired by it. We kind of just take influence from it and then try and make whatever comes to us naturally.

Derek: It’s sort of subconscious because a lot of the songs are very different on our records, and we just made another record, and you’ll hear Hank Williams inspiration, you’ll hear Dr. Dre a little bit. You’ll hear everything across the board because we just love music. We love good songs and that’s our goal.

The latest record you dropped, I just need to know, what’s the meaning behind the name [Booty Shakers Ball]?

Sam: Derek’s brother had always told us that we should make – when we were playing jazz music, he was like “you guys should make booty shaking rock & roll.”…And then after our first couple singles once we started really sharpening our sound and what we wanted to do, we kind of realized, damn, we’re booty shaking rock & roll now. And like a lot of artists, they try to put themselves in a box. They try to create a single flavor. They try to be a single shaded color for their first works. But for us, we just wanted to embrace the influences and the differences because in this band, we don’t have just one guy and the rest. It’s really everybody, so we embrace all of the corners of what Vista Kicks is – and that is Booty Shakers Ball. Its not one thing, it’s many things, and the name reflects that – its just a big party of sounds.

What’s next for y’all? We can talk about the album that you are recording.

Sam: It’s done. It’s done being recorded. It’s in the mixing and mastering stages right now by our same good friend Joe Napolatino…It’s a little bit more serious of a record than booty shakers ball. it deals with a lot of, like Derek said, a lot of the strife that comes along with being a young adult trying to make it in the big cold world, and it deals with a lot of problems that you have to over come and face. so it’s definitely a more serious record… This one has a lot of blues, country, and hip hop roots. It still sounds like the same band though. Still the same four dudes.

Tune in to hear the full interview with Vista Kicks below. 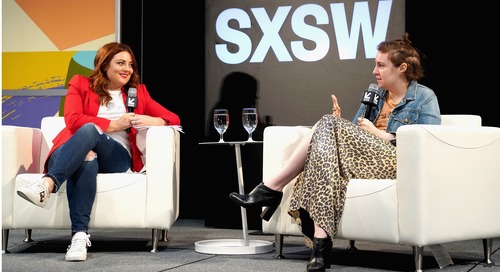 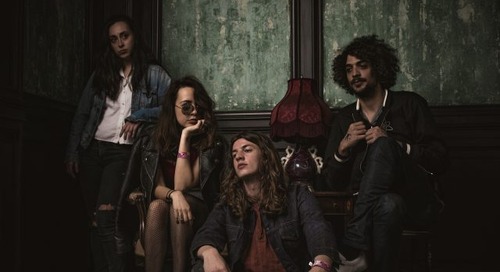 During SXSW 2018, we had the opportunity to bring back our Portrait Studio for the second year. A selection...