“This was really a job that was a bit of a dream come true, I developed this five years ago from very, very little. You never know the journey of a film, and to be here today, and to have the film that we have, and how incredibly proud we are of it, and how it turned out, happens very rarely, ” – Atomic Blonde Cast Member, Charlize Theron.

Much like Baby Driver and The Disaster Artist, SXSW audiences were exhilarated at the world premiere of Atomic Blonde at the SXSW Film Festival in March, seeing for the first time director David Leitch’s action packed cold-war thriller, starring Theron and James McAvoy, equal parts spycraft, sensuality and savagery. Check out the SXSW Q&A and get to a theatre for this exciting film!

Leitch is an actor, writer, producer, stunt coordinator, and film director. He made his directorial debut in 2014 with John Wick, co-directed by Chad Stahelski. He begins production on the highly anticipated Deadpool 2 this summer.

Mark your calendars for Tuesday, August 1 when registration, housing, and press accreditation opens for the 2018 SXSW season. We hope to see you in March! 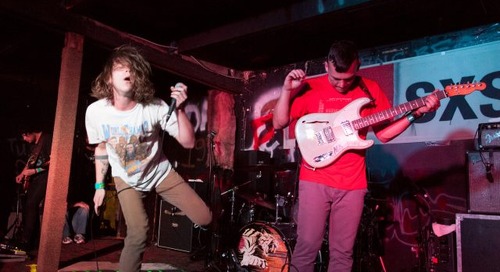 Between looking over Showcase Applications and getting ready for registration and housing to open next week...

In a busy July week, “The 150 Greatest Albums Made By Women” list started countless conversations. Other to...