Fall weather is the perfect setting to cozy up on the couch for a movie marathon of SXSW Film alumni releases for October and November.

The latest releases include newly discovered footage of Tom Petty during the early nineties, when he began working with legendary producer Rick Rubin in Tom Petty, Somewhere You Feel Free; Introducing, Selma Blair – an intimate documentary following an actress’ reckoning with Multiple Sclerosis; and a gory fantasy epic in which ages of mankind’s suffering are unleashed onto an eclectic crew in The Spine of Night, to name a few.

Dive into alumni releases below and subscribe to the Film Community Newsletter to stay in the SX know.

A Mexican-American teenage farmworker dreams of graduating high school, when ICE raids in her community threaten to separate her family and force her to become her family’s breadwinner.

The Dilemma of Desire

The Dilemma of Desire explores the work of four women who are shattering myths and lies that women are being told about their sexual desire and their bodies. Coined by artist Sophia Wallace, “Cliteracy” is the understanding that the clitoris is fundamental to the female orgasm. Through her art, Wallace is changing culture. Dr. Stacey Dutton, a neuroscientist, studies the biology of the clitoris; Dr. Lisa Diamond is dismantling outdated notions about women’s arousal; and Ti Chang, an industrial designer, creates elegant vibrators for women. Providing the embodiment of their work are the real life stories of Umnia, Becca, Jasmine, Sunny, and Coriama.

In 1960’s San Francisco, a once-promising catholic school girl, Celina Guerrera (Lorenza Izzo), sets out to rise above the oppression of poverty and invest in a future for herself and her son that sets new precedents for the time.

Tom Petty, Somewhere You Feel Free: The Making of Wildflowers offers a unique look into the creative mastery and turbulent personal life of the legendary rock star, and captures the period of 1993-1995, when Tom worked with legendary producer Rick Rubin for the first time. The film is an unvarnished look at Petty that features never-before-seen footage drawn from a newly discovered archive of 16mm film as well as new interviews with album co-producer Mike Campbell, original Heartbreaker Benmont Tench and many more.

Director Rachel Fleit’s deeply intimate and powerful feature of one woman’s journey of personal acceptance and resilience, Introducing, Selma Blair, follows the singular actress as she reckons with the next chapter of her life after being diagnosed with Multiple Sclerosis. The film explores complex issues ranging from dissecting deep-rooted myths about beauty, and the collective fear around disability and mortality. Complete with her trademark wit and humor, the film follows Blair as she reconciles a journey of monumental transition.

In theaters October 15 and VOD on October 21.

In the late 90s, a video archivist unearths a series of sinister pirate broadcasts and becomes obsessed with uncovering the dark conspiracy behind them.

In limited theaters and on VOD October 22.

The Spine of Night

In this ultra-violent, fantasy epic, ancient dark magic falls into sinister hands and unleashes ages of suffering onto mankind. A group of heroes from different eras and cultures must band together in order to defeat it at all costs.

In theaters and VOD on October 29.

What does it mean to be safe in school in the United States? Safe from what, and from whom? Bulletproof poses and complicates these questions through a provocative exploration of fear and American violence.

Without Getting Killed or Caught

Guy Clark, Susanna Clark, and Townes Van Zandt rise from obscurity to reverence: Guy struggling to establish himself as the Dylan Thomas of American music, while Susanna pens hit songs and paints album covers for top artists, and Townes spirals in self-destruction after writing some of American music’s most influential songs. Adapted from Susanna’s diaries and the book Without Getting Killed or Caught: The Life and Music of Guy Clark, the film tells the saga from Susanna’s point of view, with Academy Award-winner Sissy Spacek as the voice of Susanna. The emotional zing comes from Susanna’s secret audio diaries, serving as a witness to a fated intersection of love, art, and tragedy.

Over an evening a wealthy family gathers for a sumptuous dinner with guests in their ostentatious house in the Welsh mountains. Served by a mysteriously disturbing young woman, the assembled party do not realize they are about to eat their last supper.

In theaters, digital, and VOD on November 19.

The Hunt for Planet B

Capturing the human drama behind NASA’s high-stakes Webb Space Telescope, The Hunt for Planet B follows a pioneering group of scientists—many of them women—on their quest to find another Earth among the stars.

Broadcasts on CNN on November 20 at 9pm ET.

Clerk is an examination and celebration of the life of Kevin Smith – and an exploration on how one kid from Jersey completely transformed the cultural landscape. A journey which began 25 years ago at the Sundance Film festival where his DIY film Clerks, financed on credit cards took the film world by storm.

Ayar, a first-generation American Latina, returns home to reunite with her daughter. But when her mother, Renata, refuses to let her see her due to Covid, Ayar is confronted by the many roles she’s been forced to play, including the role in this film.

In limited theaters and OnDemand November 26. 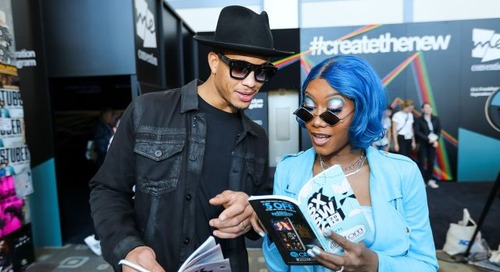 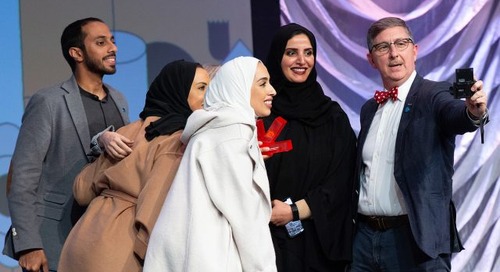 We cannot wait to see the projects and ideas bred and cultivated from a year at home at this year’s […] The...