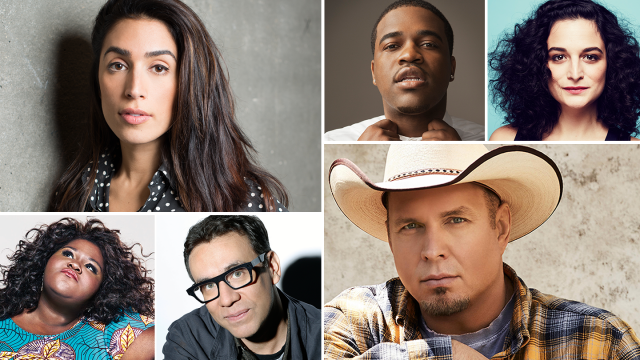 SXSW 2017 is only a week away, but it’s not too late to reveal more exciting programming! We are pleased to announce two additional Keynotes for the SXSW Conference: Jigsaw Director of Research and Development Yasmin Green (Tuesday, March 14), and country music icon Garth Brooks in conversation with Amazon Music Vice President Steve Boom (Friday, March 17).

“This diverse, eclectic group of icons, artists, and pioneers represent the spirit of unexpected discovery that SXSW has become known for,” said Hugh Forrest, SXSW Chief Programming Officer. “I’m so excited that the new badge system will empower more of our attendees to discover even more of this great content.”

New for 2017, the Interactive, Film, and Music badges will now include expanded access to more of the SXSW Conference and Festivals experience. Attendees will still receive primary access to programming associated with their badge type but now also enjoy secondary entry to most other SXSW events.

Register to attend SXSW and gain access to this compelling, new programming and even more during the 2017 SXSW Conference & Festivals from March 10-19 in Austin, TX.

Garth Brooks and Steve Boom (Music Influencers) – Garth Brooks is an American country singer and songwriter. He is the first artist in history to receive seven Diamond awards for his albums — certified by the RIAA at over 10 million album sales each — and remains the number one-selling solo artist in the US. Steve Boom is Vice President of Amazon Music, responsible for Amazon’s streaming music business globally, which includes Amazon Music Unlimited and Prime Music, in addition to Amazon’s digital download music store.

Fred Armisen (Entertainment Influencers) – Fred Armisen is one of the most diversely talented performers working today with credits that run the gamut from acting, producing, and writing in both comedy and music. Armisen will join Bob Odenkirk for A Conversation with Bob Odenkirk.

Lou Adler, Paul Tollett, and Scott Goldman (Music Influencers) – Lou Adler is a Grammy Award-winning record producer, music executive, talent manager and co-owner of the famous Roxy Theatre in LA. Paul Tollett Is the president and CEO of Goldenvoice and the co-founder of Coachella Valley Music and Arts Festival. Scott Goldman is vice president of the GRAMMY Foundation.

Michael Faye, Michael Tanner, and Annie Lowrey (Social Impact) – Michael Faye is the co-founder of GiveDirectly and Segovia Technology. Michael Tanner is an author and Cato Institute senior fellow. Annie Lowrey covers economic policy for The Atlantic and is writing a book on universal basic income for Crown.

Warren G (Music Influencers) – Warren G is a West Coast rapper and hip hop producer. In 1990, he formed the group 213, named after the Long Beach area code, with his friends Nate Dogg and Snoop Dogg. Their discovery by Death Row Records and Dr. Dre helped elevate them to international stardom.

Melanie Lynskey (Entertainment Influencers) – Melanie Lynskey is a New Zealand actress. She gained critical attention for her award winning performance in Peter Jackson’s Heavenly Creatures. Lynskey’s next movie I Don’t Feel At Home In This World Anymore opposite Elijah Wood and directed by Macon Blair will air on Netflix.

Darryl “DMC” McDaniels (Music Influencers) – Darryl McDaniels is a legendary music icon. From the first rap group to grace the cover of Rolling Stone to the first to appear on MTV, Grammy nominated Run-DMC changed music, culture, fashion, and language, and made American history.

Chris Milk (Entertainment Influencers) – Chris Milk is CEO and co-founder of Within, a technology and media company whose mission is to define VR as a new medium for experiential storytelling, and co-founder of virtual reality production company Here Be Dragons.

Vivek Murthy (Health) – Dr. Vivek H. Murthy is the 19th Surgeon General of the United States. As America’s Doctor, the Surgeon General’s mission is to advance the health of the American people. Murthy brings the best available scientific information to the public by issuing Surgeon General’s Reports on critical issues and communicating directly with the public.

Alexis Ohanian (Tech Industry) – Alexis is the cofounder of Reddit, bestselling author of Without Their Permission, and an activist for the open internet. He currently spends his free time investing in and advising startups.

Mike Posner (Music Influencers) – Multiplatinum pop singer and songwriter Mike Posner quietly became one of the world’s most inescapable and recognizable voices. In 2016, his second full-length album, At Night, Alone (Island Records), bowed at #12 on the Billboard Top 200 and included the triple-platinum smash “I Took A Pill In Ibiza” — which amassed over 1 billion worldwide streams.

Residente (Music Influencers) – Residente is a Puerto Rican rapper, writer, producer and founder of the alternative rap group Calle 13. He has won 24 Latin Grammy awards in total, making him the Latin artist who has won the most gold-plated gramophones.

Jenny Slate, Gabourey Sidibe, Danielle Macdonald, Cindi Leive, and Janicza Bravo (Entertainment Influencers) – Jenny Slate is an actress, comedian, and best-selling children’s author. Gabourey Sidibe is an actress who made her film debut in the lead role ‘Precious’ in the Oscar Nominated film Precious: Based on the Novel ‘Push’ by Sapphire. Danielle Macdonald is an Australian actress and breakout star of Patti Cake$. Cindi Leive is the editor-in-chief of Glamour magazine and glamour.com. Janicza Bravo is a writer and director based in Los Angeles.

T.I. (Music Influencers) – Multi-platinum recording artist Tip ‘T.I.’ Harris has won three Grammy Awards and has sold over 10 million albums in the US alone. He is an artist-owner of TIDAL, joining JAY Z, Beyoncé, Rihanna, Lil Wayne and others in offering up exclusive music, videos, concerts and other content. His full length album Us Or Else: Letter To The System was released in December.

Register to experience these fantastic sessions and discover what’s next at SXSW 2017. Explore the full list of previously announced Keynotes and Featured Speakers. Browse programming for the entire SXSW Conference and Festivals on the online schedule, download the SXSW GO app, and start building your own personalized schedule today.

We’ve got at least one more big big announcement for SXSW 2017 scheduled for early next week – stay tuned to this space to learn more.

The countdown to SXSW begins…see you next week! 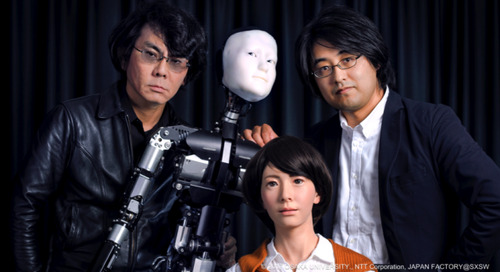 A Casual Afternoon Conversation with Androids

Content provided by NTT Be prepared for a brand new episode of artificial intelligence at the legendary ses... 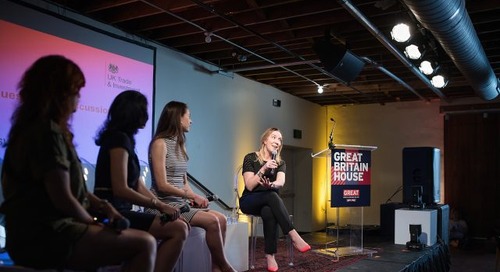 Brits Imagine A Better World, A Better Future, A Better Self at SXSW 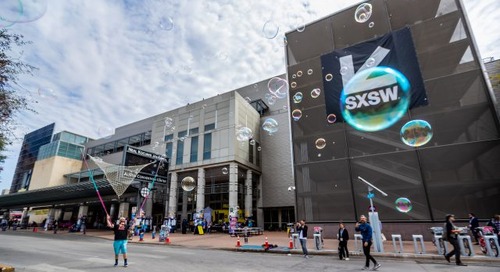