The Comedy Festival endeavors to foster an environment where tomorrow’s most promising comedians can perform alongside and mingle with icons from the world of film and television. Along with a list of rising stars, this year’s festival hosts performances from the industry’s brightest comics and a catalogue of diverse programming including stand-up, sketch, improv, podcast recordings, conversations, and more.

In celebration of National Lampoon‘s 50th anniversary, the iconic brand will bring two nights of its National Lampoon Radio Hour: The Podcast to SXSW. This revival cast of exceptionally gifted up-and-coming writers and performers continue the tradition established by the original players of the groundbreaking Radio Hour, embodying the Lampoon’s distinctly twisted humor in their original sketch showcases.

Upright Citizens Brigade Theatre (UCB) cofounder, Matt Besser, will return with a slate of shows including his beloved podcast improv4humans. He will riff on hit songs in the Sing-A-Long Comedy Experiment, provide weed comedy for stoners and friends of stoners at The 420 Show, and lead UCB’s longest running show, ASSSSCAT (improv based on true tales from celebrity guests). This year the theatre’s flagship show will feature performances by some of the most skilled improvisers working today, including Horatio Sanz, Gil Ozeri, the cast of Golden Arm (a SXSW Film world premiere) Mary Holland, Betsy Sodaro, and Eugene Cordero, along with guest monologist, Bob Odenkirk.

Hannibal Buress will revisit his breakthrough comedy album with a live performance of My Name Is Hannibal: Redux in advance of the SXSW Film world premiere of his new stand-up special, Hannibal Buress: Miami Nights at the Paramount Theater on Wednesday March 18.

Expert impressionist James Adomian (Trump vs. Bernie) will conjure an alternate reality populated by familiar pop culture characters in a live version of his surrealistic, satirical podcast, The Underculture. Festival mainstay Doug Benson will be on site with two chances to catch his hit game-show podcast, Doug Loves Movies. Also returning, Riffs and Riff Raff with Nick Thune & Friends will unite Thune and other musically inclined performers for a bedlam of outlandish characters, nonsensical lyrics, and improvised songs. Roast Battle will be back to offend for another year. The original team from The Comedy Store in LA will lead this anything-goes brawl of wits. Host Brian Moses, DJ Coach Tea, and dynamic hype crew The Wave (Willie Hunter and Jamar Neighbors) will be joined by guest judges who will preside over three rowdy nights of unpredictable trash-talk.

This year’s festival features several in-depth podcast interviews. Legendary film historian Leonard Maltin will sit down with director and comedy icon Frank Oz for Maltin on Movies, Samantha Bee will be interviewed for an episode of The Daily Beast’s The Last Laugh podcast, and Stuart Goldsmith will return with British podcast staple, The Comedian’s Comedian, for a deep dive into the creative process of the most interesting personalities at the festival.

Adult Swim will be back to celebrate Three Busy Debras, which will premiere on the network later this month. Creators and stars Sandy Honig, Mitra Jourhari, and Alyssa Stonoha will be joined by Joel Kim Booster and Patti Harrison for a showcase performance and sneak peek of the new absurdist live-action series. Jon Daly will host Dynasty Typewriter Presents! – a showcase in the spirit of LA’s hip, new comedy venue. And festival staple The Laugh Button Live! will team up with New York’s legendary Gotham Comedy Club to present a night of shows at Esther’s Follies.

The backbone of this year’s lineup are some of comedy’s most compelling new voices and promising emerging stars. The festival is proud to include Kiry Shabazz and Rosebud Baker who were recently featured in, Bill Burr Presents: The Ringers, Sabrina Jalees, Megan Stalter, and star of Honey Boy, Byron Brown and as some of these new voices. There will also be special solo performances by Ricky Velez who will debut his new stand-up hour, Ricky Velez: Lower Middle Class, and Liza Treyger will share childhood photos, home movies, and stories about ruining family trips in Liza Treyger: Vacation.

Comedy performers will also make appearances at Featured Sessions at the Conference portion of the festival. Samantha Bee sits down with her team for a discussion about the 2020 elections in Full Frontal with Samantha Bee Presents “Comedians on Panel Drinking Cocktails” and Bob Odenkirk and Vince Gilligan give an inside look into their hit show in Hoboken Squat Cobbler: A Better Call Saul Conversation.

Register to join us March 13-22 in Austin, Texas for the 2020 SXSW Conference & Festivals. 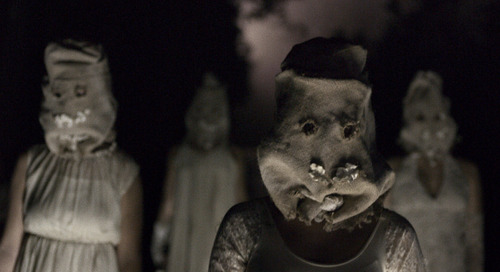 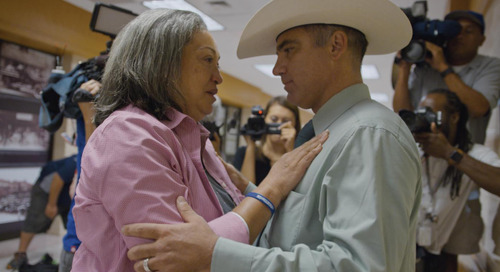 The 2020 SXSW Film Festival is just around the corner! In order to make the most out of your experience, […...