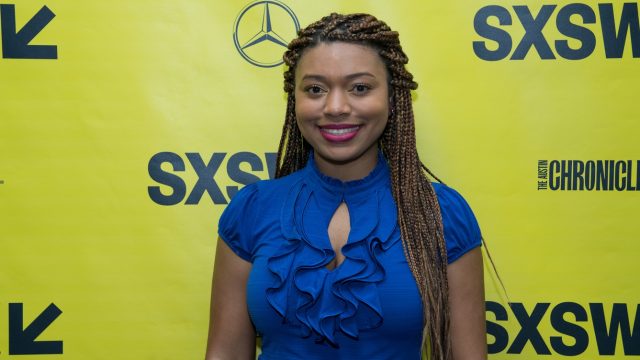 In Barry Jenkins‘ 2018 Film Keynote he took a few moments to discuss the future of filmmaking, and he made a distinct point to mention Nijla Mu’min. Her directorial feature debut Jinn world premiered that very same day and it went on to win a Narrative Feature Special Jury Award for Screenwriting. In 2017, Mu’min was named one of 25 New Faces of Independent Film from Filmmaker Magazine and most recently she directed the episode “The Tree and Stone Were One” for the critically acclaimed series Queen Sugar, created by SXSW alum Ava Duvernay.

Jinn will be available to watch in theaters on November 15 and on VOD and Digital HD on November 16. Learn more about the film and Mu’min with our interview below!

Nijla Mu’min: This film is a love letter to my upbringing, to my family, to my community, to my first love, and to my hopes and dreams for the future of cinema and art. It is light, hope, pain, magenta, wild afros, soft silk scarves, sweet bean pie slices, and family love.

NM: I was drawn to this story because of my own upbringing in a largely African-American Muslim community in Oakland when I was a young girl. As I got older, I was introduced to pop culture, different forms of sexuality, Lil’ Kim rap tapes, daisy dukes, pressed hair, belly-out t-shirts, and I became quite conflicted about how to define my identity as a black girl with a Muslim father and a spiritual mother. I was a part of so many different cultural worlds and wanted to make them all fit.

NM: I was at my mother’s house in Charlotte, NC. I think we had just gotten home from getting take-out. It was very cold that night. I had been staying with my mother after I found out that the film didn’t get accepted to Sundance. I experienced a deep sadness as a result, and it took some time for me to recover emotionally from that news. When I checked my email and saw Janet Pierson’s SXSW acceptance email, I jumped, screamed, and laughed. My mother also celebrated with me. We hugged. That email was much-needed good news during a time when we didn’t know what was going to happen with the film.

NM: I’d known several filmmakers who screened work in the festival and had really fun, worthwhile experiences at the festival. I was also a fan of some of the past programming at the festival, and I felt that our film aligned with that. I loved that our film was able to shine and stand-out at this festival, creating a buzz that helped launch the film into people’s awareness.

NM: I was really, really nervous during my premiere, but also very excited. I couldn’t wait to see how the audience would respond to a movie that I’d watched so many times by that point. I was sitting on the edge of my seat, almost holding my breath when the movie started but I started to relax when I heard people laughing, and responding emotionally to certain scenes and moments in the film.

What was going through your head when Jinn took home a Narrative Feature Jury Award For Screenwriting?

NM: I was surprised, excited, and overjoyed. First, I didn’t know that there was an award for screenwriting, but when Justin Chang started to describe the film that won the award, I knew we had it. I just started saying ‘Oh my God’ and jumped out of my seat when my name was called. I think I high-fived my producer Avril Speaks. I was surprised, but I was also emotional because writing has always been my calling and my passion. It was a full-circle moment. 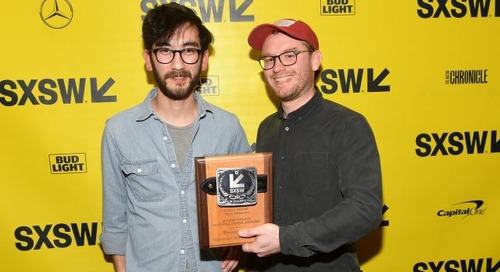 Filmmakers Chris Caldwell and Zeek Earl first came to SXSW with the world premiere of their short film In t... 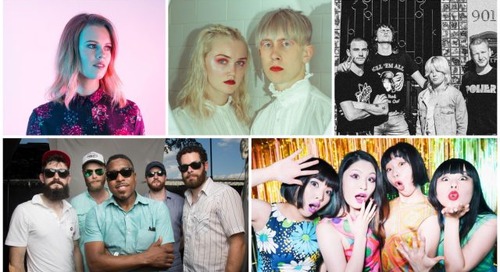 And so it begins! The good times and great performances from SXSW 2018 are still fresh in our minds, but […... 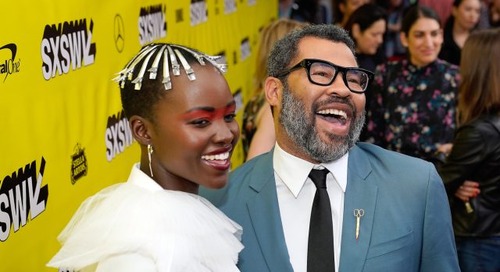 How to Request an Extension for the 2021 SXSW Film Festival

SXSW provides the game-changing buzz every filmmaker dreams about for the premiere of their feature film, short, episodic or XR […] The post How to Request an Extension for the 2021 SXSW Film...

Show Off Your Work at the 2021 SXSW Gaming Awards

Each year the SXSW Gaming Awards honor excellence throughout the industry, celebrating the talents that influence the medium and culture […] The post Show Off Your Work at the 2021 SXSW Gaming...

Take your startup to the next level at the 2021 SXSW Pitch competition! Since its inception, SXSW Pitch has showcased […] The post Apply to Showcase Your Startup at SXSW Pitch 2021 appeared first...

Digital Get Down: Brand Opportunities at SXSW Online

This year has presented us with a unique opportunity to take the SXSW event as we know it and safely […] The post Digital Get Down: Brand Opportunities at SXSW Online appeared first on SXSW.

South By Southwest dedicates itself to helping creative people achieve their goals. We have some new event updates to share […] The post Announcing SXSW Online: A Digital Experience from March...

AfterShokz and Next Level Apparel: Brands in Action Series

In this special series, we’re highlighting companies who are answering the call of their communities around the world. Whether in […] The post AfterShokz and Next Level Apparel: Brands in Action...

We are heading into fall with some new releases to cozy up with. SXSW Film Festival alumni films on release […] The post SXSW Film Alumni Releases – October 2020 appeared first on SXSW.

In this special series, we’re highlighting companies who are answering the call of their communities around the world. Whether in […] The post SAP and Aerospace Industries Association: Brands in...

The start of a new month means more great films to add to your watch list! Discover some of the […] The post SXSW Film Alumni Releases – September 2020 appeared first on SXSW.

In this special series, we’re highlighting companies who are answering the call of their communities around the world. Whether in […] The post DISCO and Cogna Educação: Brands in Action Series...