New Jack Swing: The Renaissance of Hip Hop and R&B at SXSW 2018 [video]

“Gladys Knight picked me up on the stage at the age of five and I knew then that I wanted to be a star.” – Teddy Riley

During their Featured Session at SXSW 2018, artist/producer Teddy Riley and REVOLT TV & Media Vice Chairman Andre Harrell reminisce on their collaborations, the emergence of the fusion genre New Jack Swing, and the behind-the-scenes stories involving the artists they worked with like Michael Jackson. Zack Greenburg, Senior Editor at Forbes, is on hand to moderate the discussion between Riley and Harrell as well as a brief Q&A towards the end of the video.

“I took James Brown’s style, put it with Prince, put it with everybody, and made it a collage of music. That’s what New Jack Swing is all about – heavy R&B all in one bag.” – Teddy Riley

The conversation starts with the early days at Uptown Records, the label Andre Harrell founded in 1986 that Riley featured heavily on as both an artist and a producer. From there, the audience hears an in-depth account of Riley’s time working with Michael Jackson on his massively successful album Dangerous.

Greenburg asks the duo for their stance on whether Bruno Mars’ hit single “Finesse” is cultural appropriation. They discuss the line between appropriation and homage and agree that Mars’ song shines a light on New Jack Swing and will bring a new generation of fans to the genre. Riley adds, “It’s not how good you are, it’s not how great you are, it’s how you look doing it.”

The post New Jack Swing: The Renaissance of Hip Hop and R&B at SXSW 2018 [video] appeared first on SXSW.

The Daily Chord is up early each weekday combing through music news stories to select the top six to share ... 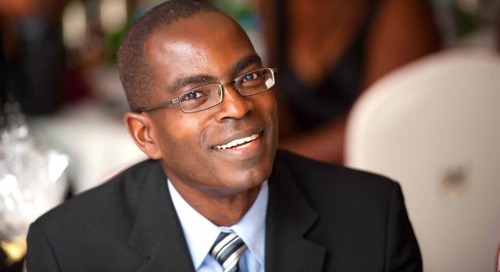 Founder and President of Ashesi University in Ghana, Patrick Awuah, was announced today as a keynote speake...