Mailchimp is back with SXSW 2021 Shorts to stream for free from the Film Festival!

Over 25 short films are now available to watch on the digital platform Mailchimp Presents. Choose your own viewing adventure by screening category – Animated, Documentary, Episodic Pilot, Made In Texas, Midnight, Narrative, and Texas High School – or hit “shuffle” to mix it up.

A Tale Best Forgotten (Sweden)Midnight Shorts Competition
Director: Tomas Stark
In a house by a river that lamented as it ran, lived a father, and his daughter, and the dog-headed man… A murder ballad. (North American Premiere)

Beyond the ModelTexas High School Shorts Competition
Director: Jessica Lin
After the assaults and discrimination of Asians because of COVID-19, this film shines a light on what it is like be a “model minority” in an increasingly divided America. (World Premiere)

Dale’s HouseEpisodic Pilot Competition
Director: Kat Whalen
Dale’s House is a horror comedy about two estranged best friends, both at rock bottom in their careers and personal lives, who end up house sitting together in a demonic house that grants them all the success they desire, in exchange for their souls. (World Premiere)

For the Record (Canada)Episodic Pilot Competition
Directors: Lisa Baylin and Julian De Zotti
Ray and Angela just broke up. What if music had the power to bring them back together? Follow the iconic songs that make up the unforgettable soundtrack for a uniquely interconnected cast of characters. (International Premiere)

Joanne Is DeadMidnight Shorts Competition
Director: Brian Sacca
It’s easy to dismiss the ramblings of the dementia-riddled elderly as nonsense. But what if there is a deadly truth behind those words? (World Premiere)

MalignantTexas Shorts Competition
Directors: Morgan Bond and Nickolas Grisham
Chynna travels to a West Texas health retreat to visit her terminally ill mother. As she learns more about the faith-based wellness preached in the commune, Chynna desperately attempts to convince her mother to leave. (World Premiere)

Marvin’s Never Had Coffee BeforeNarrative Shorts Competition
Director: Andrew Carter
Marvin Wexler tries coffee for the first time and desperately tries to talk about it with anyone who will listen.

PussMidnight Shorts Competition
Director: Leah Shore
Samantha desperately wants to get laid, but is finding it to be difficult for some reason. (World Premiere)

ReklawMidnight Shorts Competition
Director: Polaris Banks
A team of altruistic vigilantes destroy evidence to keep as many people from prison as possible, but when one of their crime scene clean-ups is revisited by the killer, the strength of their convictions is tested. (World Premiere)

Sales Per HourNarrative Shorts Competition
Directors: Michelle Uranowitz and Daniel Jaffe
A young woman faces a moral dilemma when she witnesses a sexual encounter in a dressing room at the clothing store where she works. (World Premiere)

SistersNarrative Shorts Competition
Director: Jess Brunetto
Hidden secrets cause tension when two estranged sisters are forced to confront each other while preparing for their ailing mother’s death. (World Premiere)

Stuffed (United Kingdom)Midnight Shorts Competition
Director: Theo Rhys
Stuffed is a short musical about a taxidermist who dreams of stuffing a human and the man she meets online, so afraid of aging he volunteers to be her specimen. An unexpected romantic spark between them complicates their plans. (North American Premiere)

The Journey (Canada)Narrative Shorts Competition
Director: Ève Saint-Louis
The Journey is the story of a father and daughter reunion. From Montreal’s airport, they will travel along a chaotic path, where their inability to find each other will unveil a complicated relationship and have them drift from their initial course. (World Premiere)

The Nipple Whisperer (Belgium)Narrative Shorts Competition
Director: Jan Van Dyck
Maurice Sanders has a gift. He’s a nipple whisperer. Once he was known as “Magic Sandy.” But that was years ago, before Doris, a famous model and Sander’s muse, fell ill. Now, after more than a decade, Doris wants to meet Maurice again. (World Premiere)

The Other MorganNarrative Shorts Competition
Director: Alison Rich
When a dopey young exterminator discovers there’s another version of her out in the world, she begins to question her life choices. (Texas Premiere)

Trade CenterDocumentary Shorts Competition
Director: Adam Baran
The voices of five gay men who cruised for sex at the World Trade Center in the 1980s and 1990s haunt the sanitized, commerce-driven landscape that is the newly rebuilt Freedom Tower campus. (World Premiere) 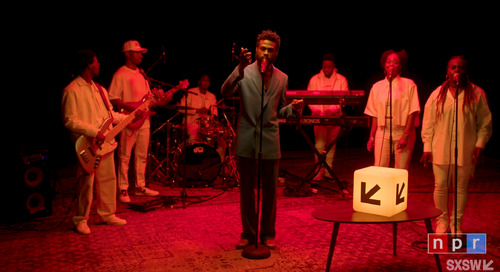 When NPR’s Tiny Desk came to SXSW in 2019, the festival was touched with a serendipity that only Bob Boilen... 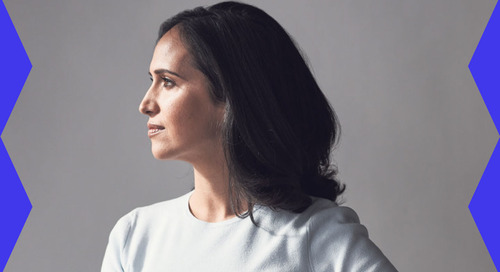 Author, conflict resolution extraordinaire, and gatherer Priya Parker has risen as a champion of face-to-fa...