“I guess I was very lucky because my dad was a bit of a film buff and when I was very young, my parents forced me to watch this film that was kind of artistic and groundbreaking and sort of revolutionary at the same time. It’s been at film festivals, some of you might have heard of it, it was called Star Wars. I instantly knew what I wanted to do with the rest of my life. Right there and then, I was going to join the rebel alliance and help blow up the death star. That was my life goal. That was my plan A,” said SXSW Film Keynote Speaker, Gareth Edwards, on Monday, March 13, at the 2017 SXSW Conference.

Watch the video above for the full 2017 SXSW Conference Film Keynote with Gareth Edwards. Get inspired by a multitude of diverse visionaries at SXSW – browse more 2017 Keynotes, Featured Sessions, Red Carpets, and Q&A’s on our YouTube Channel. 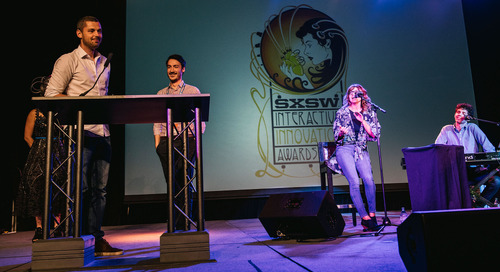 Announcing the 2017 Winners of the SXSW Interactive Innovation Awards “Data is my soulmate. When I get really stuck on a problem, I dive headfirst into all of the data […] The p...