Explore the Life of Kenny Scharf – SXSW Filmmaker In Focus 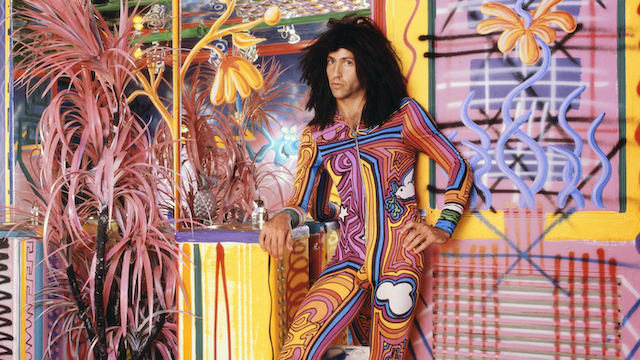 The 2020 SXSW Film Festival is almost upon us! In order to help get you ready for the event, we would like y’all to get to know films from our lineup a bit better with our Filmmaker In Focus series.

Dive into our Q&A with directors Malia Scharf and Max Basch as they tell us about their film Kenny Scharf: When Worlds Collide, which will world premiere in Documentary Feature Competition.

“Ultimately, we’re looking forward to hearing any and all thoughts in regards to the film – positive or negative – our only desire would be that it inspires some sort of dialogue and activity.” – Directors Malia Scharf and Max Basch

Malia Scharf and Max Basch: This film in our minds represents a window into a different time in NYC marked by a cultural shift the likes of which are still revered today. Beyond that it also represents a perspective into a particular artists unapologetic way of seeing the world which ultimately evokes a raw sense of where one searches for purpose and inspiration and how to feel unafraid of expression.

MS: I felt inspired by a fantasy and nostalgia of a time and place I’d only ever heard about yet somehow had been surrounded by my entire life. I dreamt of meeting a community of artists whom I would deeply connect with and find myself the way that Kenny and his friends had. This, as well as my fathers incredibly special and obsessive need to live and breathe his art in every way. Nothing remained untouched from our toaster to our TV.

MB: I met Malia in 2014. She had already been working on the film at that point for some time. She shared some of Kenny’s archive and I was immediately struck by the material. I was familiar with some of his work at that point but truthfully didn’t have a clue as to the extent of it. It was clear early on that the story was larger than just Kenny and having the opportunity to tell not only the complexity of his story but also that of a small community in downtown NYC in the late 70’s early 80’s became a very exciting prospect.

MS/MB: Ultimately, we’re looking forward to hearing any and all thoughts in regards to the film – positive or negative – our only desire would be that it inspires some sort of dialogue and activity.

MS/MB: We were at a wedding ceremony. The ceremony was coming to an end – Max took his phone out to take a picture of the sky. He showed me the photo and at that very same moment the email came in. We were thrilled and it couldn’t have been a more magical moment.

MS/MB: We’ve always felt SXSW would be a great home to present our film…it feels like the type of festival that is open to first time directors but equally as competitive as some of the other top tier festivals. It felt somehow like the unspoken mother of what is to be our firstborn.

Add Kenny Scharf: When Worlds Collide to your SXSW Schedule. Stay tuned as we share more interviews with our SXSW 2020 filmmakers!

The post Explore the Life of Kenny Scharf – SXSW Filmmaker In Focus appeared first on SXSW. The LGBTQ+ community – comprising of those who identify as lesbian, gay, bisexual, transgender, queer, non-...