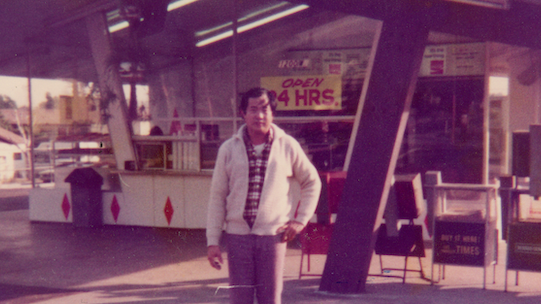 The 2020 SXSW Film Festival is almost here! Before you make your way down to Austin, TX, get to know the films in our lineup a little bit better with our Filmmaker In Focus series.

Check out our Q&A with director Alice Gu as she tells us about her film The Donut King, which will World Premiere in the Documentary Feature Competition.

” Nearly everyone has a connection to the immigrant story. Ahead of our premiere at SXSW, I’m realizing that not only is there an audience for this kind of story, it’s an extremely important story to tell at this time in America.” – Director Alice Gu

Alice Gu: I’m really proud to be able to present The Donut King as my first feature film. It’s been a bit of a wild ride, head down, pedal to the metal to get this film made. But, this is not something I would have imagined for myself at the start of my career. Starting out as an aspiring Director of Photography, there were very, very few women who were DPs I could look up to, and very few female peers I could commiserate with.

As a director, I never thought there could be an opportunity where I could tell an Asian story to an audience who would want to listen. So, while my family was not in the donut business, the story of immigration and the American Dream are familiar and personal to me.

Upon reflection, I also realized that it’s not just an Asian story. Italians have a similar story. The Irish have a similar story, as do Mexicans, Iranians, and others. As such, it is a quintessentially American story. Nearly everyone has a connection to the immigrant story. Ahead of our premiere at SXSW, I’m realizing that not only is there an audience for this kind of story, it’s an extremely important story to tell at this time in America.

AG: I jumped at the opportunity to make this film the second I read about Ted Ngoy’s story. I devoured article after article about him, and was just fascinated. Growing up in Los Angeles my entire life, with all these donut shops under my nose, I had no idea of the deeper story behind these mom and pop donut shops. Immediately, I sought him out and after talking to him and delving deeper into his, and other Cambodian families’ stories, I got a lot more than I bargained for.

AG: For The Donut King, though we wade into some very heavy waters, it was very important for me to make a film that was palatable. I wanted to take the audience on a ride of peaks and valleys. I want them to laugh, I want them feel connected to the collective human experience, and I want them to walk away with a meaningful experience.

It’s an honor that someone will give me 90 minutes of their time to watch my film, so I feel a tremendous responsibility to not only share a very fascinating story with them, but also do right by Cambodian donut shop owners in telling their stories. I hope that the film can help challenge any preconceived notions of what a refugee is, or looks like, and that the film helps put a human face on them and their potential, if given the chance.

AG: It’s a tremendous honor to be premiere at SXSW. Austin is one of my favorite cities in the country; with its incredibly diverse community and food city status, it was a no-brainer to premiere here!

Given the subject matter of The Donut King, we also found it particularly fitting to premiere the film in the state of Texas, where Governor Greg Abbott recently vetoed the resettlement of refugees, making it the first state in the country to ban refugees under a new executive order by President Trump.

AG: I was on a shoot for an International Women’s Day project, on overnight flight. I landed in Nairobi at 4am and when I turned on my phone, I got the good news about SXSW! I was in a jet-lagged, exhausted stupor and it’s difficult to describe the myriad of emotions at the time. I celebrated by myself in my hotel room with a can of Pringles (which I never eat) from the hotel mini bar!

Add The Donut King to your SXSW Schedule. Stay tuned as we share more interviews with our SXSW 2020 filmmakers!

The post Director Alice Gu Wants You to Meet The Donut King – SXSW Filmmaker In Focus appeared first on SXSW. 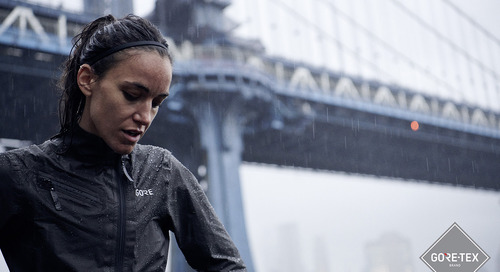 GORE-TEX Brand Will Make it Rain at SXSW 2020

The GORE-TEX brand is returning to SXSW for the second year. Not only will they make it rain on the […] The... 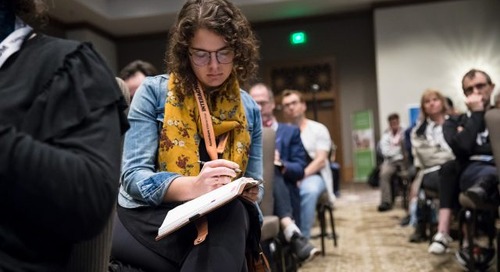 Filter the SXSW Schedule to Craft an Individualized Experience

Throughout the 22 Tracks of programming within the SXSW Conference that provide general guidelines on where...