Learn everything you need to know about developing and crafting your project, from screenwriting and working with your subject to post-production and beyond with the Making Film & Episodics Track sessions at the 2018 SXSW Conference.

“While the barriers for film and episodic making are lower than ever, obstacles remain at every turn,” says SXSW Programmer Austin Nauert. “Whether you want to learn about financing, casting, editing, marketing, cinematography, or if you simply just want to sit down and talk with an accomplished filmmaker in one of our popular mentor sessions, our Making Film & Episodics Track covers all of the topics you need to make your next film.

Cinematographers have been using various focal lengths of lenses in creative ways for over a century in order to evoke emotion. Certain lenses pull you into a character in an intimate and revealing close up, some can scare you, while others help frame the breathtaking action sequence. Why are there so many choices, and how are focal lengths used in cinematic photography? During this session we will pose these questions to a renowned cinematographer who has filmed some top Hollywood movie.

How Documentaries Can Rise In the Webseries World

From music, to makeup tutorials, to film, webseries are heavily impacting the way people consume media now. In this ITVS Panel, Senior Producer of ITVS’s online docuseries, Storycast, Karim Ahmad will moderate a “How-to” discussion format with filmmakers, where they will provide insight about the decision making and production process on shaping a documentary into episodic, binge-worthy content and cultivating an audience, uplifting the art of video-journalism.

How to Get the Best Music for Your Project

Original film score or licensed music? From hiring a composer or Music Supervisor to clearing your music & music related residuals, we will answer real world questions & explain how to stick to your critically important post-production budget. What does it REALLY cost to get good music & who do I owe once distribution starts? Too many producers don’t think about music for their project until there is no time OR $$ left. We’ll help you avoid costly mistakes & explain common traps for every budget.

No matter what genre, editing plays a critical role in creating TV series that educate, enlighten and entertain. Award-winning editors behind hit TV shows like Breaking Bad, Crazy Ex-girlfriend and Deadliest Catch share the secrets to their success and discuss the differences in editing for drama, comedy, documentary and reality TV. Discover the creative and technical tools and processes they rely on, and their tips for creating compelling stories that keep audiences coming back for more.

The award-winning editors behind critically acclaimed movies like Star Wars, Boyhood and The Polka King share the secrets to their success and discuss their long-time collaborations with high-profile directors. Discover their creative tools and processes, how they collaborate with renowned directors, and their tips for making it as a film editor.

Step out of your area of focus and explore SXSW sessions across all 24 Tracks of Conference programming. While the following sessions are not a part of the Making Film & Episodics Track, the topics will interest anyone with a Film Badge!

Grab your Film Badge today for primary access to all SXSW Film events. Register to attend by Friday, February 9 and save. Book your hotel through SXSW Housing & Travel for the best available rates. 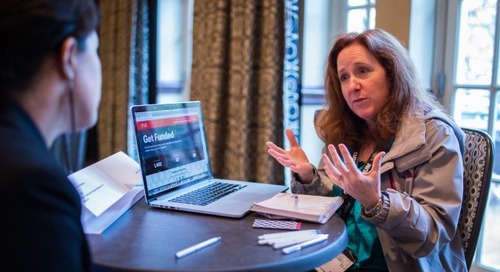 Announcing Second Wave of 2018 SXSW Film Mentors and Round Tables

The SXSW Conference is happy to announce our second wave of Film Mentors and Round Table participants for t...