The festival will kick off on Friday, March 11 with a discussion led by legendary comedian John Cleese. As the most outspoken member of the vanguard Monty Python comedy troupe, Cleese has been contributing his signature silliness to comedy, film, and television for over 50 years. A panel of up-and-coming comedians join the comedy icon for an informal conversation to discuss his groundbreaking, often provocative career and working in comedy today.

The following night, Cleese and daughter Camilla take the stage for a variety hour of comedy and chat. Equal parts familial love and cantankerous banter, their onstage dynamic is a special blend that only a father-daughter duo can provide. Their show, Comedy with the Cleeses, weaves in audience interaction to make every night truly unique and special.

Throughout the various challenges of the pandemic, comedy scenes around the country found ways to adapt and persist. Comedy venues proved to be the lifeblood of the community, and SXSW has again partnered with some of these institutions to reflect and celebrate their vital cultural importance. A renowned launching pad for New York’s funniest, Gotham Comedy Club will return to the festival with a killer lineup of comedians from their famous stage. The Stand NYC, a fixture of the local scene, will join the festival with Rich Vos and Bonnie McFarlane’s comedy game show Would You Bang Him? as well as their first in-person SXSW showcase. The Creek & The Cave fostered a massive wave of comedy and have recently relocated to Austin. In their first year as an official SXSW venue they’ll showcase a selection of their favorite NY standups.

SXSW is honored to host A Night at The Comedy Store, the kickoff celebration for the 50th anniversary of LA’s iconic venue. A roster of Comedy Store regulars will pay homage to the enduring legacy of the storied stage they call home. This year’s festival will feature a live recording of the Comedy Store Podcast, as well a weekend of the anything-goes battle of wits: Roast Battle. Host Brian Moses, DJ Coach Tea, and dynamic hype crew The Wave (Willie Hunter, Jamar Neighbors) will be joined by guest judges who will preside over three rowdy nights of unpredictable trash-talk.

Besser will also present perhaps the most star-studded show of the festival, Neil Young’s Covid Hootenanny. Neil Young (Besser) banters and bickers with a who’s who of “celebrity” guests invited to express their opinions on everything covid in this once-in-a-lifetime concert event. Another jam session of sorts, Nick Thune is back with Riffs and Riff-Raff, a mixed bag of weirdness, complete with outlandish characters, nonsensical lyrics, and improvised songs.

Adult Swim will debut a sneak peak of the second season of Three Busy Debras, the eccentric satire series created by Mitra Jouhari, Sandy Honig, and Alyssa Stonoha. The trio will perform live with friends of the show Anthony Atamanuik, Francesca D’Uva, and Ikechukwu Ufomadu.

The schedule also features a slate of live podcast recordings. Doug Benson will record his hit game-show, Doug Loves Movies, as well as his new show Wide World of Dougs with Doug Mellard. Stuart Goldsmith will return with live editions of his podcast, The Comedian’s Comedian. This time around he’ll talk with Jim Gaffigan, Dulce Sloan, and Eddie Pepitone. Matt Besser’s improv4humans, a stalwart of the improv comedy scene, will also return to the SXSW stage for multiple performances. The shows will feature a talented roster of improvisers, with one recording featuring musical guest ME REX. Rosebud Baker and Andy Haynes started their podcast Find Your Beach on the first day of quarantine and now the newlyweds bring it to SXSW for their first live recording.

Featured performers will also appear in an array of exciting new films debuting at the SXSW Film Festival. Sketch comedy pioneers Dave Foley, Bruce McCulloch, Kevin McDonald, Mark McKinney, and Scott Thompson of The Kids in the Hall will be in attendance to debut the new documentary, The Kids in the Hall: Comedy Punks. They’ll also make another appearance at a featured discussion session about their film and enduring legacy. Plus, James Morosini’s debut feature I Love My Dad includes rising star Ricky Velez; comedy icon Jim Gaffigan stars in the buzzy new film Linoleum; and festival favorite Sean Patton can be seen in The Prank. 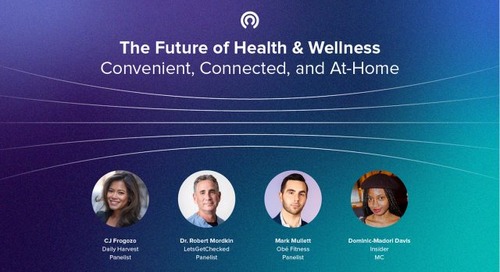 The Future of Health & Wellness: Convenient, Connected, and At-Home 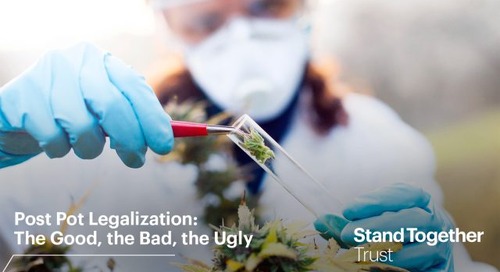 It’s Time To Talk About Drugs

Just over 50 years ago, President Nixon declared the war on drugs, styling them as “public enemy number one...