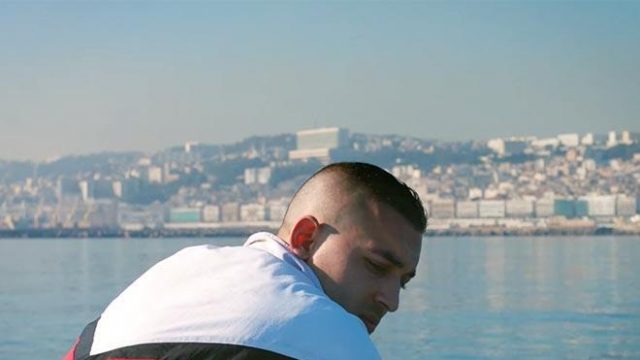 We love supporting creatives in every filmmaking space so this week we’re focusing on the2018 Music Video Competition. Showcasing Artist Music Videos highlight our crossover with the SXSW Music Festival and gives us the opportunity to share unique and creative work from filmmakers working in this important space.

A little peek into the daily struggles of four real woman.

The Blaze – ‘Territory’ directed by The Blaze

‘Territory’ touches on issues of masculinity and vulnerability upon the occasion of a man’s homecoming.

An exploration of hanky codes and visual signifiers in 1970s San Francisco. Inspired by Hal Fischer‘s ‘Gay Semiotics’, ‘House of Air’ humorously investigates a clash between coded and explicit representations of gay sex.

A crew of female dancers run through the streets and spell out the song’s lyrics using sign language, emphasizing the song’s central line, “I’ve got something on my mind, but words, they won’t do it justice.”

This is about the closest you can get to 1983 without a time machine. A young woman expresses her desires and anxieties about love through a dream-like dance sequence.

Chris Lake – ‘I Want You’ directed by NORTON

A coroner working the night shift at a morgue realizes that the beat of ‘I Want You’ is a little too contagious.

COM TRUISE – ‘Propagation’ directed by Karrie Crouse and Will Joines

When a humanoid A.I. homemaker discovers her owner’s manual, she comes online, realizing who and what she is before destroying her creator.

A movement film about longing seen through a series of odd characters living within the colorful walls of a French chateau.

Every Time I Die – ‘Map Change’ directed by Kyle Thrash

Hell is not a myth. We spend each winter there.

In a love letter to his mother, Gloria Carter, JAY-Z portrays her struggles with sexuality living in Brooklyn’s Marcy Projects in ’70’s while raising her preadolescent son.

JIL – ‘All Your Words’ directed by Anton Tammi

A mind-bending journey into the mind and psyche of a young woman, dealing with the anxieties of love, desire, and loss.

A mysterious performance in a tank of water reveals a harrowing alternate reality.

A music video inspired by Alessandra Sanguinetti‘s project “The Adventures of Guille and Belinda and the Enigmatic Meaning of their Dreams.”

A young man lives in his bachelor’s apartment which he shares with the memory of all his past relationships.

Peejay – ‘NA B YA’ directed by Jinwoo Lee

A private detective is eager to seek out a mysterious cat in the city late at night. The lyrics tell us a story of the cat as if it is the woman he loves. Sometimes, cats are hard to bond with.

Director Pablo Maestres once again pulls us into a surreal world of his own making. Here, party-goers loosen up after getting a taste of the magic potion provided by an worldly hostess and her handsome accomplice.

A celebration of Britishness in all it’s gorgeous diversity.

The Shins – ‘Half A Million’ directed by LAMAR+NIK

Filmed on a white backdrop, edited, then printed out. ‘Half A Million’ was created with 5,566 stickers, hand cut from the 4,868 frames and animated by sticking them down on top of each other at each of the 40+ locations.

SIYYU – ‘stop us’ directed by This is Felo

By designing a series of geometric shaped mirrors within gorgeous landscapes we have created new abstract realities, producing the sensation of a new perception of space and the human sensuality.

While nervous owners and strict judges are doing their utmost at a dog show, the dogs themselves teach us how to deal with life’s ups and downs. Before the big winner is even announced, the dogs lose interest: “Never mind dear, it comes and goes.”

Other Music Videos that were part of the SXSW 2018 program, but are not yet available to watch on online include: 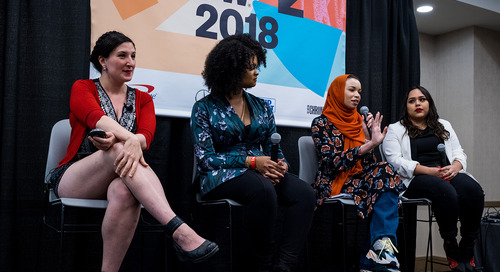 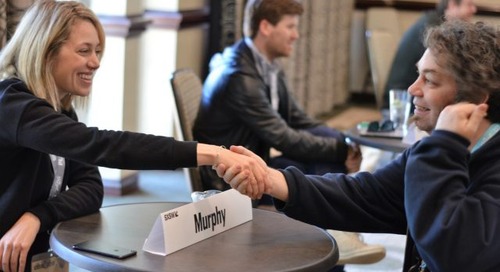 Announcing Second Wave of 2019 SXSW Film Mentors and Round Tables

The SXSW Conference is happy to share our second round of Film Mentors and Round Table participants for the...