In the 2018 SXSW Film Festival selection Hearts Beat Loud, a father and daughter from Red Hook, Brooklyn become an unlikely songwriting duo in the last summer before she leaves for college. Through their music they begin to connect in new ways and, in turn, both learn about growing up, letting go, and the power of music.

The film screened in the 24 Beats Per Second section and stars an ensemble cast of Nick Offerman, Kiersey Clemons, Ted Danson, and Sasha Lane with Blythe Danner and Toni Collette. Hearts Beat Loud is directed by Brett Haley and written by Haley and Marc Basch. The duo came to SXSW last year with their film The Hero, also starring Offerman.

“It’s really a film about love and acceptance, and creation. It’s all about the creative process. I think right now, people will enjoy the feelings that they will get from this movie.” – Brett Haley

Watch the video above for the full red carpet and Q&A video. Browse more 2018 Keynotes, Featured Sessions, Red Carpets, and Q&A’s on our YouTube Channel. 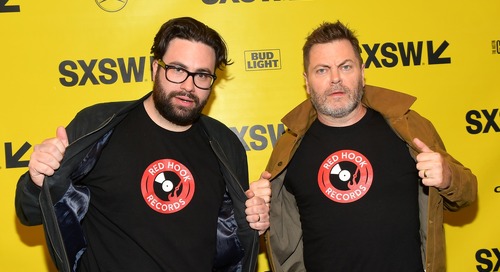 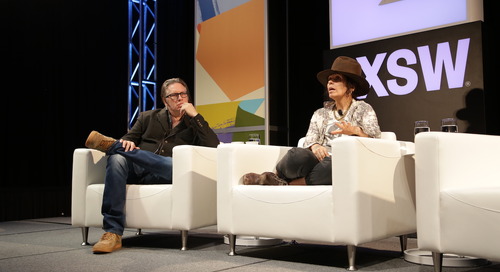 “We don’t want to own artists, we want to partner with them.” – Kerry Brown Songwriter Hall of Fame inducte...